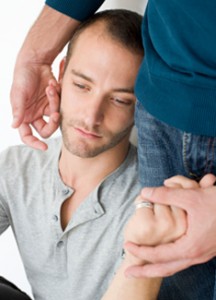 Depression is among the major health problems that men and women are affected by today. While the number of depressed people is increasing, the good news is that there are many ways to beat it, with counseling being an important one. Depression is often a result of isolation and low self-esteem. This is especially the case with those who haven’t come to terms with who they are, be it in terms of their achievements, their sexual preferences or their life in general. Often, forceful efforts to change your sexual preferences to be ‘accepted’ by the society, can also lead to depression. In cases like that gay affirmative counseling DC can be very helpful.

With the help of therapists specializing in gay affirmative counseling DC, gays and lesbians will have an opportunity to come out in the open and lead a peaceful life. The positive and favorable atmosphere in the therapist’s office will make it easier to accept who they are and empower them too.

Gay affirmative counseling DC lets lesbian, transgender and gay people enjoy unprecedented levels of support, opportunities and safety. Counseling also observes that the emotional healing process can be started only after appreciating how the person’s childhood has been affected due to homophobia. Many gays and lesbians who are depressed because of the inability to accept their sexual preferences would have had a tough childhood, with parents and peers being extremely hostile towards their sexual feelings and gender differences.

This is where the gay affirmative counseling DC therapist plays an important role and provides them a chance to identify the unconscious strains regarding toxic shame and self-hatred. Therapists can also help in separating the self-destructive thoughts and feelings from one’s mind, so that they start realizing their self-worth.

The therapy can also help lesbians and gays fight for their rights and not absorb the hateful and neglectful attitudes expressed by others. Added to that, gay affirmative counseling DC also helps gays and lesbians address their self-oppression in the right way.

We specialize in counseling that treats the following: